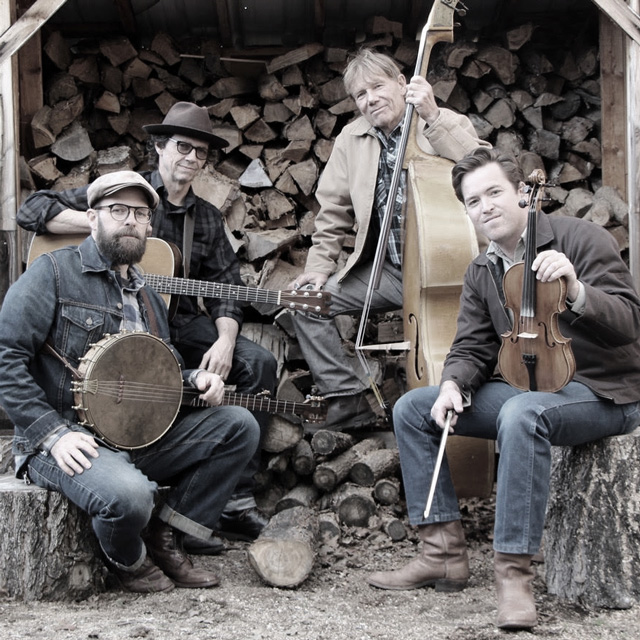 A SLO county native, fiddler Casy Meikle moved to middle Tennessee in 2007 where he learned the traditional musical styles of the Southeast. Since then, he has become heavily involved in traditional music and craft. He learned to build fiddles from Gene Horner of Cumberland County, Tennessee, and performed extensively with a wide range of southern string bands and with buck dancer Thomas Maupin.

Midwest transplant Daniel Bohlman plays banjo in the clawhammer and old two finger styles. His approach to the banjo is heavily influenced by the playing of Kyle Creed and Dock Boggs.

Guitarist Stuart Mason, originally from West Virginia, has performed traditional music for over 40 years with bands that include Molly’s Revenge and Little Black Train. He has performed at festivals in China, Scotland, Ireland, and many of the United States, and has won awards for traditional singing, mandola, and songwriting.

Jerry James plays bass fiddle in the band. Jerry travels the world in search of the best jam sessions, and builds unique banjos for clients all over the world.