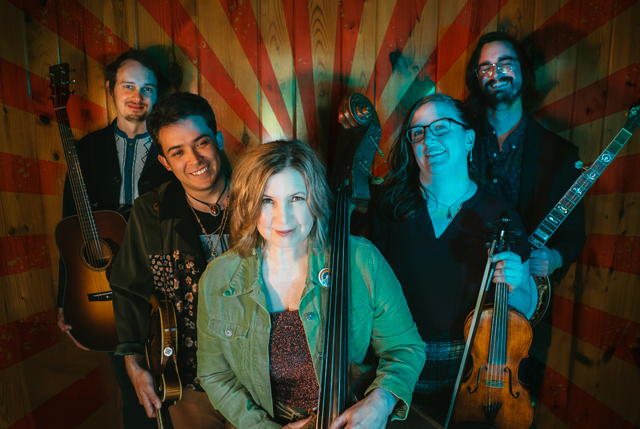 GRAMMY® nominated Missy Raines was named 2021 International Bluegrass Music Association Bass Player of the Year, for the 10th time, more than any other bass player in the history of the organization. She is a bass players’ bass player, a singer, songwriter, teacher, sideman, and bandleader. In addition to the Bass Player awards, she’s received multiple awards from the IBMA for Recorded Event of the Year and Song of the Year. In 2019, Missy was featured in The Country Music Hall of Fame as part of their American Currents exhibit. In January of 2020, Missy Raines & Allegheny debuted on the Grand Ole Opry.

“I grew up in West Virginia, just a few miles from the historic C&O Canal, the headwaters of the Potomac River, and the Maryland and Pennsylvania state lines. Geographically, it was a pretty straight shot down ‘out of the hills’ to the Washington DC, Baltimore, and northern Virginia areas and my family would travel to there as much as possible to hear all the incredible bluegrass that was being made there during the 60’s and the 70’s. Washington, D.C. was a hotbed of bluegrass (both traditional and progressive) at the time with bands like Bob Paisley, Del McCoury and the Country Gentlemen, and the Seldom Scene. All of that music affected me deeply then and today I’m having the time of life letting those influences shine through with this band, Allegheny.”

A LITTLE MORE ABOUT MISSY

Royal Traveller was nominated for a GRAMMY® for “Best Bluegrass Album” and is Raines’ third album for Compass Records. It’s the first produced by Compass’ owner and founder, and renowned banjo player Alison Brown. “I went into this project with Alison with the mindset that I wanted to stretch myself and see what I could do. I think we achieved what I was looking for, which is something further reaching and bigger than what I would have accomplished on my own,” says Raines. The album digs deep into Raines’ family life and her upbringing in West Virginia. Featuring previous and current members of her live band, as well as cameos from other bluegrass greats such as Stuart Duncan and Tim O’Brien, the album is a gorgeous look into the perspective, history, and musical influences of one of Nashville’s most beloved musicians, Missy Raines.

In 1998, Raines became the first woman to win IBMA’s Bass Player of the Year award and she went on to win the title repeatedly for the next several years. Royal Traveller highlights this particular piece of Raines’ history with the stand out track “Swept Away”, which features the 5 first women to win IBMA instrumentalist awards, Raines, Brown, Sierra Hull, Becky Buller, and Molly Tuttle. “Swept Away” was named 2018 IBMA Recorded Event of the Year.

Missy’s version of the iconic Flatt & Scruggs “Darlin Pal(s) of Mine” (from Royal Traveller), was named 2019 Instrumental Recording of the Year by the IBMA. The tune features Alison Brown on banjo, Todd Phillips on bass and Mike Bub on bass.

In 2020, Missy shared IBMA’s Song of the Year award along with co-writers, Becky Buller and Alison Brown for “Chicago Barn Dance”, a song written specifically for the Chicago-based band, Special Concensus, and their latest album of the same name.

With her new album, Raines tells her story with a vulnerability and bold honesty that rings clear, spoken through beautiful arrangements and well chosen musical collaborations. With nods to many of the varied and challenging chapters of her life, the songs speak volumes of Raines tenacity and musicianship, and her ability to rise to bluegrass fame despite the various confinements of the times. The listener is presented with a striking window into the up and down ride of a very royal traveller, the one and only Missy Raines. 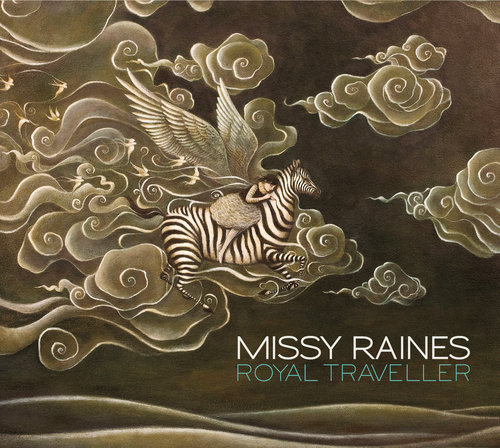