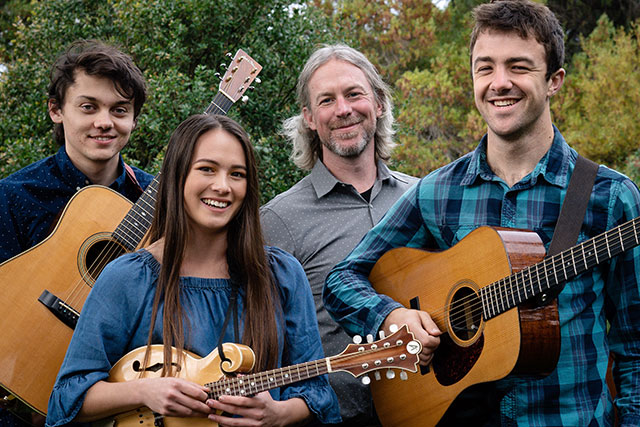 Blue Summit started in the summer of 2015 when a few bluegrass festivals brought together five young hooligans. Having known each other for quite some time already and having jammed at many a festival, it wasn’t hard to make the next steps to become a band. Blue Summit combines accomplished instrumental work with powerful vocals and an open-mindedness centered around traditional bluegrass, taking in elements from western swing, soul, folk, jazz, and old time music. At the heart of the band is AJ Lee, CBA anomaly and six time winning NCBS vocalist of the year. Wow she’s great. Blue Summit has played at bluegrass festivals all around California, including the Grass Valley Father’s Day Festival, the Good Ol’ Fashioned Bluegrass Festival, and the Parkfield Bluegrass Festival in 2016. They have recently released their first album, “Sweet Company.”